The Problem of Evil

The problem of evil is the greatest emotional obstacle to belief in God. It just doesn’t feel like God should let people suffer. If we were God, we think, we wouldn’t allow it.

The atheist philosopher J. L. Mackie maintained that belief in God was irrational, for if God were all-knowing (omniscient) he would know that there was evil in the world, if he were all-powerful (omnipotent) he could prevent it, and if he were all-good (omnibenevolent) then he would wish to prevent it. The fact that there is still evil in the world proves that God doesn’t exist, or if he did, that he must be “impotent, ignorant, or wicked.”

As keenly felt as the problem of evil may be, it doesn’t represent a strong intellectual or logical obstacle to God’s existence. Mackie was wrong: The existence of God and the existence of evil aren’t mutually exclusive. Let’s look at the three attributes of God that Mackie named. 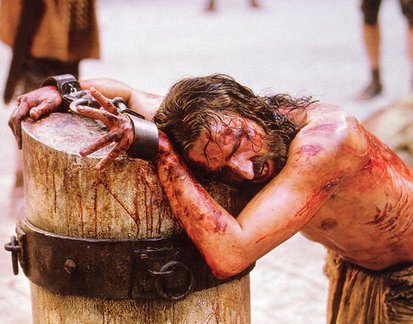 As we noted in the prior answer, omnipotence doesn’t mean the ability to do what is logically impossible. It’s possible, therefore, for God to create beings with the kind of free will that can choose between good and evil, but he can’t also force those creatures to choose good. If he forced their choice, it wouldn’t be free.

C. S. Lewis put it this way: “If you choose to say, ‘God can give a creature free will and at the same time withhold free will from it,’ you have not succeeded in saying anything about God.”

If God has infinite knowledge, then he knows many things we don’t. This means that he may, in fact, have good reasons for permitting things like evil and suffering that seem inexplicable to us.

Human beings have a very limited vantage point, and we often lack knowledge of things of true significance. What appears to us to be a tragedy may have effects that bring about great good, and conversely what appears to us as a good thing may, in the long run, prove harmful.

Consider the analogy of a small child being taken to the doctor for his immunization shots. He knows the needle hurts, and he can’t understand why his own parents are allowing the doctor to cause him pain, that the inoculations help prevent the much greater suffering of disease. He’s unable to perceive the greater good.

Likewise, we should recognize that a being with more knowledge than us, like God, may have good reasons for things, even pain and suffering, that we are unaware of. And so he allows evil to exist because of his omniscience, not in spite of it.

As we think about the goodness of God, we must be careful not to impose on him our inadequate understandings of what goodness is. In his book The Problem of Pain, C. S. Lewis writes:

By the goodness of God, we mean nowadays almost exclusively His lovingness; and in this, we may be right. And by love, in this context, most of us mean kindness… What would really satisfy us would be a God who said of anything we happened to like doing, “What does it matter so long as they are contented?” We want, in fact, not so much a Father in heaven as a grandfather in heaven, a senile benevolence who, as they say, “liked to see young people enjoying themselves” and whose plan for the universe was simply that it might be truly said at the end of each day, “a good time was had by all.”

Furthermore, most theists do not believe that God created us merely for happiness in this life but also, and most importantly, for eternal happiness with him in the next. So his omnibenevolence should be judged neither by our limited human standards of goodness nor by what happens in this world alone.

Putting these things together, we can recognize that an omnipotent, omniscient, and omnibenevolent creator might have good reasons for tolerating abuses of human free will that lead to evil and suffering.

We may not know what all his reasons are, but we sense the value of freedom, including the value of being able to choose good freely rather than by compulsion.

We can see how his power and knowledge can bring good out of evil in ways that we, with our limits, aren’t able to comprehend. But in faith, we can say along with St. Paul, “We know that in everything God works for good with those who love him” (Romans 8:28).

Evil, An Argument for God